The Ateneum Art Museum is closed due to renovation

We are closed to the public due to ventilation renovation. The museum shop and the Ateneum Bistro are also closed during the renovation. We will reopen on 14 April 2023. 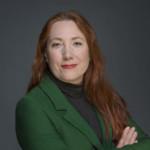